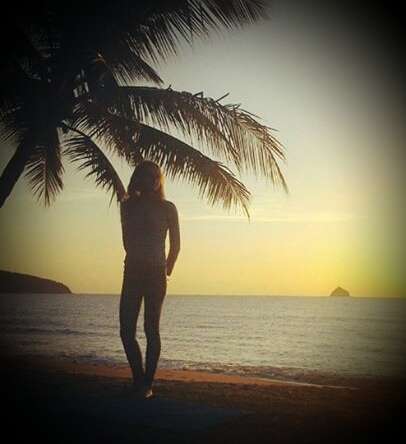 Palm Cove was recently ranked as one of the top ten places in the world to visit.  And if you are lucky enough to come here, you will understand why.

Palm Cove is a special place. Surrounded by trees and bordering on tropical rain forest, the lushness of the area is undeniable.  The beach is 1km of soft white sand, with the clear ocean lapping over the shore. It is paradise and the perfect location for Hartig Yoga’s Paradise Palm Cove Yoga Classes.

How to get there

Bus- You can jump on a number 110 bus from Cairns, and be in in tropical paradise within an hour.

Parking- Free Parking is available at both the north and south end of Palm Cove’s esplanade.

Why come to a Palm Cove Yoga Class?

Hartig Yoga brings a unique style of yoga to Palm Cove.  Beth Hartig trained in India, with a variety of teachers in the Himalayan town Dharmasala.  Her knowledge and passion for sharing authentic yoga practices with the world shines through in every class.

Practicing yoga in Palm Cove really is a unique experience, as many of our student’s can testify.

The classes are suitable for all ages and abilities, and will leave you feeling calm, relaxed and energised.

When to come to a Palm Cove Yoga Class

Palm Cove is located in Far North Queensland, which has a tropical climate.  The seasons are defined as wet and dry, with the wet season being November – April and the dry season being May- October.

May- October happens to be the time of the year where it gets quite a lot colder in the southern parts of Australia, which is why it is such a great time to come and up to Palm Cove for a holiday.  This is Palm Cove’s peak season, and the climate is fantastic. 25c degrees every day, low humidity and no rain.  Yoga classes will be running outdoors non stop during this time, on the beach and on grassy areas.  And it doesn’t stop in the wet season… The rain doesn’t properly start to fall until after Christmas, although the humidity in the build up to the rainy season can be quite intense.  The yoga classes will be modified to suit the climate, for example- a slower paced cooling practice rather than a heating vinyasa class!

Whenever you decide to come to Palm Cove, get in touch to find out when and where yoga classes will be running, or click here.

I hope to see you soon. 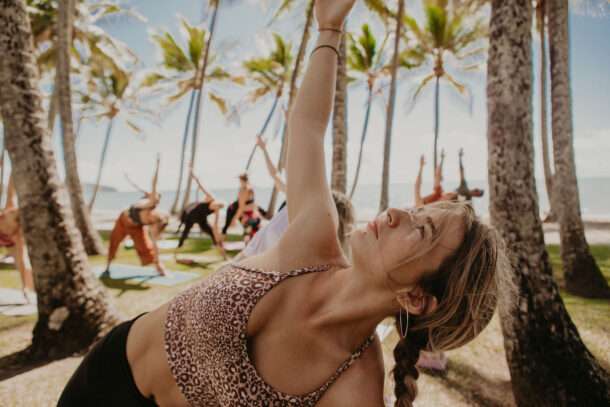 Join our mailing list to receive the latest news and updates about our Yoga Retreats and Workshops.

We will also send you free meditations and yoga videos from time to time :)

You have Successfully Subscribed!